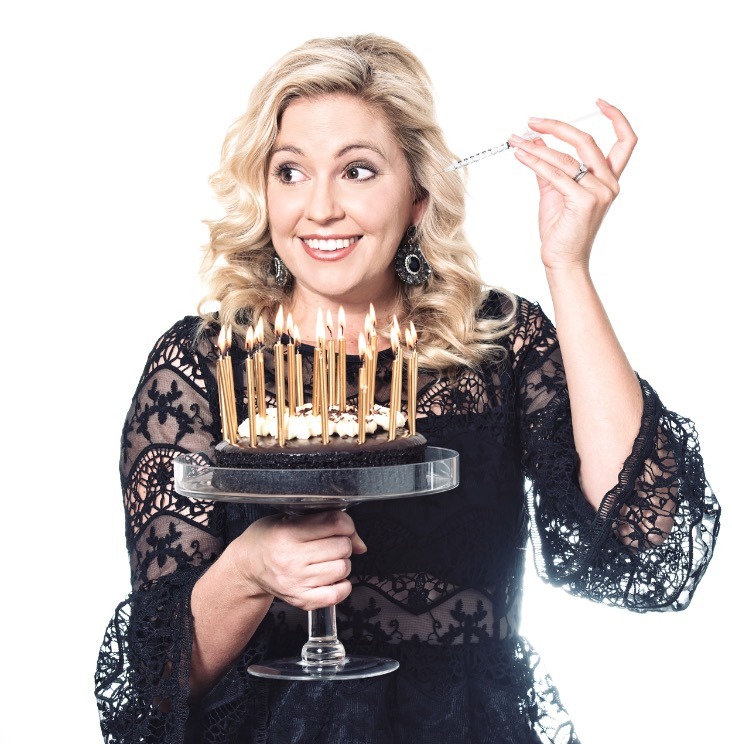 Melbourne Fringe returns in 2018 with a jam-packed program of weird and wonderful shows. Audiences will be rubbing shoulders with stars of the small screen as a number of TV starlets join the Fringe and take to the stage for hilarious, heartwarming and empowering performances:

39 Forever features singer/songwriter Amity Dry (pictured right) who shot to fame after appeared on the first season of The Block. The hilarious cabaret is all about feeling like you’re 25 even though your birthdate stubbornly tells a different story. A sell-out success in the 2017/2018 Adelaide Fringe and at the 2018 Melbourne International Comedy Festival, it’s the perfect laugh-out-loud girls night out. From childhood hairstyle dabbling with “home perms” to the eve of her 40th birthday, Amity explores the pressure women face to maintain the beauty ideal and how social media, Botox and the Kardashians have forever altered the quest for eternal youth.

Liyan, performed by Sermsah Bin Saad from season one of So You Think You Can Dance Australia fame, explores the idea of following the stars through the medium of dance, theatre, song, poetry and the trials and tribulations of getting lost and finding yourself. Aboriginal people have followed the stars for thousands of years, but today most people rely on a GPS or smartphone app! As humans we get lost when the system breaks down, and we forget to trust our own natural navigation instincts and knowledge from the system that has always been embedded in our bodies. Sermsah is from in the Kimberley in the Northern Territory where the term liyan captures the way people feel about themselves, their relationship with their community and the wider world. Liyan is a Deadly Fringe event supported by Melbourne Fringe and ILBIJERRI Theatre Company.

Liyan is showing at The Melba Spiegeltent (14 – 17 September).

Write Hard and Clear About What Hurts is a dark comedy from a reclusive introvert who suddenly has found the gift for the gab. Performed by performer Debra Lawrence (Please Like Me) and writer/performer Lucy Moir (The Blind Date Project. Lion, That’s Not Me), audiences will be led through a night of provocative banter that jumps and weaves to where you least expect. Lucy has taken to therapy and after years of keeping her mouth shut, she suddenly can’t stop talking. Grappling with ideas of death, love and loneliness, and how Narcissus has become our generation’s poster boy, this therapy session encourages you to leave your shame and sense of decorum at the door. Safe in the hands of two improvisational extraordinaires, you’ll leave this Fringe offering with a whole new perspective.

Write Loud and Clear About What Hurts is showing at the Fringe Hub: Lithuanian Club – The Loft (22 – 29 September).

Paul McDermott and Gatesy Go Solo sees two of Australia’s most adored singer-songwriters lock harmonies and minds in one unmissable show. Paul McDermott (Doug Anthony All Stars) and Steven Gates (Tripod) have sung together for five plus years and been friends for over 18 years! Best known as the middle-men of two of Australia’s greatest musical-comedy trios, McDermott and Gates made their official debut as a musical duo at a 2017 Ballarat Cabaret Festival one-off event, with the poetry of their lyrics and the beauty of their voices enthralling audiences. Fans from all corners of Australia demanded further shows and they will deliver for a lucky few at this year’s Fringe.

Melbourne Fringe is a big, bold and playful celebration of independent art that takes over the city from 13 to 30 September 2018. See established and emerging artists stand side-by-side to make Fringe a fun, affordable way to experience art in Melbourne – are you game? The full program has been announced and tickets are on sale via: www.melbournefringe.com.au