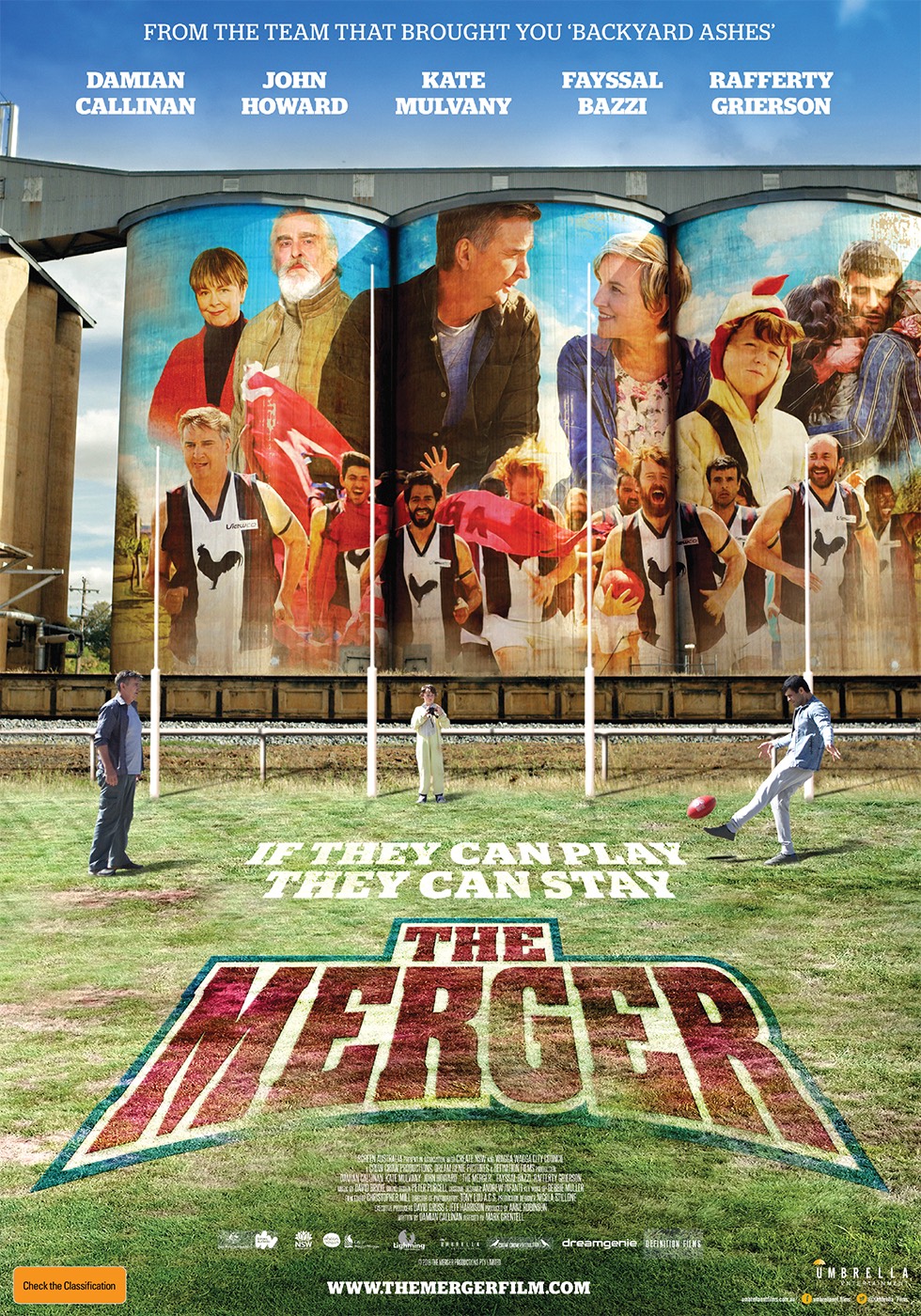 After its celebrated launch as the Gala Centrepiece at the Melbourne International Film Festival in August 2018, The Merger has continued to rack up awards and nominations beyond its successful Australian theatrical release. The film’s Cinefest Oz Prize nomination was recently followed by the Cinema Australia Audience Award and two AACTA nominations for Fayssal Bazzi (Best Supporting Actor) and Kate Mulvany (Best Actress). Kate has also followed this with a nomination at the Australian Film Critics Awards.

However, it’s not just on their home ground that The Merger team is dominating – the film is being recruited across the globe. After being screened in more than a dozen countries at the Global Migration Film Festival (Nov/Dec 2018) including Nigeria, UK, Romania, Canada and Egypt, the film is about to appear in a swag of international festivals with the producer team hitting the road with the film.

The Merger has been selected as a centrepiece film for both the Virgin Media Dublin International Film Festival and the Glasgow International Film Festivals (Feb 24-Mar 3); DIFF in association with the Australian Embassy in Ireland is bringing over director Mark Grentell, writer/lead actor Damian Callinan and producer Anne Robinson to tour the film around Ireland and Scotland. With the assistance of the Australian Department of Foreign Affairs, Damian will also be staying on in Europe to attend Embassy Hosted Q&A screenings in Copenhagen, Stockholm, Warsaw, and most notably in London, where Australian comedian and host of the The Last Leg Adam Hills will moderate a screening event for the film.

While Damian is rotating his language guide books, Anne will be heading to New York where The Merger has been officially selected as the opening film at the Socially Relevant Film Festival NY – a festival dedicated to social issues.

With unconfirmed offers to be part of the Washington DC Film Festival and the Moscow Sports Movie Festival, this much-loved, new Australian film is continuing to grow, prosper and punch above its weight.