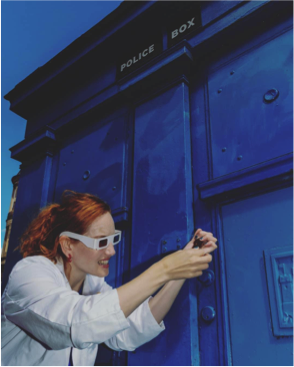 Melbourne Fringe Festival is just warming up with hundreds of shows still to see. Filled with laughter, intrigue, heartbreak, excitement and everything in between, here are some of the highlights of the second week:

Winner of the Brighton Fringe Best New Play Award 2018 and The Infallibles Award for Theatrical Excellence, Passionate Machine(pictured right) is a hilarious and searingly honest story about obsession, salvation and finding yourself – literally. 17–22 September, The Butterfly Club – Upstairs.

KIGALI2097 takes the audience in an experimental, sci-fi spoken word journey into the future. Featuring an immersive soundscape and visuals, this series of poetic vignettes is drawn from Kigali, Rwanda in the year 2097. 17–20 September, Fringe Hub: Trades Hall – Old Council Chambers.

After starring in Vietnamese-Australian web series Phi and Me, Chi Nguyen emerges funnier and bolder than ever. Her debut solo cabaret LOTUS is all about her outrageous life as a Vietnamese immigrant in Australia. 17–20 September, Fringe Hub: Trades Hall – Meeting Room.

Tom Skeleton: Blind Eye Spy wanders blindly into Berlin’s dark underbelly of espionage, betrayal and currywurst. 2023 post-Brexit, MI6’s budget has been cut to the bone, but they need a new agent in Berlin. Out of work British comedian Tom Skelton has ‘seasoned abilities as an improviser’ (Chortle), and is registered blind (who’d suspect a blind spy?). 20–27 September, Coopers Inn – Small Room.

Navigate the wilderness of intimacy and the spaces given to it in the comedy, I made my bed, you lie in it. Sex worker, writer and fantasy maker Queenie Bon-Bon will guide her audience through her rumpled journey of bodies, bonds and beginnings. 19, 20, 26 & 29 September, Hare Hole (Hares & Hyenas).

This contemporary adaption of the classic Greek Myth journeys into the mind and thoughts of Icarus in an interplay of dance, music, vocals, visuals and fashion. Driven by an obsession to harness the sun’s power, Icarus travels to its centre, discovering an energy beyond comprehension. Only in death can it be truly understood. 20 September, Chapel Off Chapel – The Loft.

In The Power of the Holy Spirit, Harriet Gilles takes the audience down a rabbit hole which begins as a rational exploration of the nuanced and complicated ways identities and politics are manifested on the internet… and will probably end in nudity. 17–20 September, Fringe Hub: Trades Hall – Old Council Chambers.

Dress code is all white at this dream-pop wonderland living disco. Experimental work The Church of Burt will take the audience on a roller coaster ride of hyper beauty. Musicians, performers and the audience will blend in a deep immersion of pure delight. 20–22 September, BIGBANG studio.

Melbourne Fringe festival is a celebration of cultural democracy and art for all ages running from 12-29 September. From comedies to theatre to experiments, come to see the incredible artistic hues of Melbourne as these engaging performances take audiences on a journey like nothing ever experienced before.