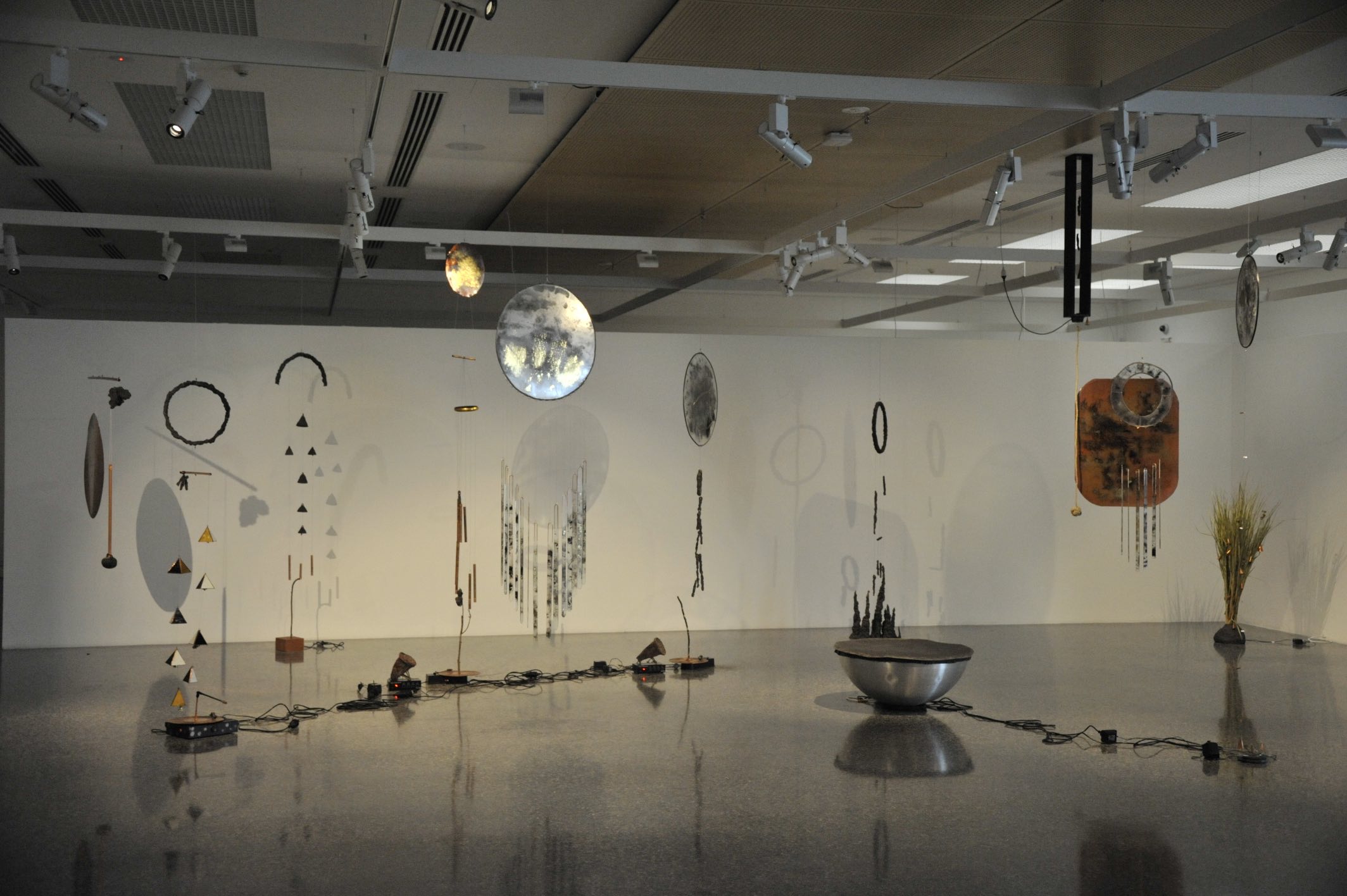 Hawthorn’s Town Hall Gallery’s latest exhibition Sounds Like. challenges audiences to experience how sounds can engage us and expand our imagination, showing from Saturday 11 May – Sunday 30 June.

Through immersive installation, sculpture and performance, Sounds Like. is an interactive exhibition exploring the use of sounds for artistic expression from featured artists: Roger Alsop, Vicky Browne, Megan Alice Clune, Julian Day and Camille Robinson.

Vicky Browne (artwork pictured) is interested in the idea of making invisible forces tangible by their audibility.

Her installation Cosmic Noise (2016-2018) is inspired by the story of two scientists in the 1960s, frustrated by a low, steady, mysterious noise that persisted in their receiver. They later realised they were listening to cosmic microwave background radiation emanating from the Big Bang, a sound that was 13.7 billion years old. During the same era, cosmic vibrations became known to mainstream culture through the Beach Boys’ song ‘Good Vibrations’, released in 1966. Browne’s installation is filled with these good vibrations, comprising an assortment of objects that have been engineered by the artist to produce sounds that are disassociated from their appearance. In doing so, the known and expected sound of the object becomes unknown and unexpected.

Roger Alsop’s work Along the Riverrun (2019), although sound-based, engages with written text to explore ideas and convey meaning. The work explores the sound of the nearby Yarra River thorough the sound of James Joyce’s Finnegans Wake (1939), a piece of written fiction which is renowned for its reputation as one of the most difficult works of fiction in the English language. With a similar degree of complexity, the Yarra has a history longer than can be known, and the life within it is hidden by the opaque surface that reflects life around it.

Megan Alice Clune lists the audio phenomenon ‘binaural tones’ as a medium of her artwork, in which two sounds very close together in frequency are interpreted by the brain as one pulsating sound instead of two. Through the brain’s inability to differentiate between the two sounds, the vibrations can be felt physically as they begin to subconsciously relax the body. Used as a New Age treatment for insomnia, pain relief and a meditation tool, binaural tones are an example of how music (sound) transforms the physical body, and how the body changes the sound.

The works of Julian Day provide a more tangible link between visual art and sound. One aspect of Day’s practice investigates sound’s kinetic properties. His Vibrant Matter series (2016), when viewed from afar, appears to be a simple collection of monochromatic paintings. On closer inspection the audience discovers that the works are periodically infused with silent subsonic tones produced by hidden speakers. The surface of each work is dramatically energised, becoming a literal visualisation of unheard sound.

The two works in this exhibition by Camille Robinson are part of a series that the artist calls listening art. In Memory Walk (2014-2019), the listener draws upon their own memory of their physical journey into Town Hall Gallery while they listen to and watch a binaural audio and video work. The listener is invited to compare the heard, remembered and anticipated sounds, and reflect on perception’s relationship with time and sensation. Don’t listen to these words (2018-19) takes two modes of engaging with written text – reading and narration – and explores the assumptions built into listeners’ relationships with spoken language.

Gallery goers are invited to take part in a free Walk and Talk on 11 May at 1pm. Hear directly from the curator and artists to gain a deeper understanding of how sound has the power to engage us, move us and expand our imagination.