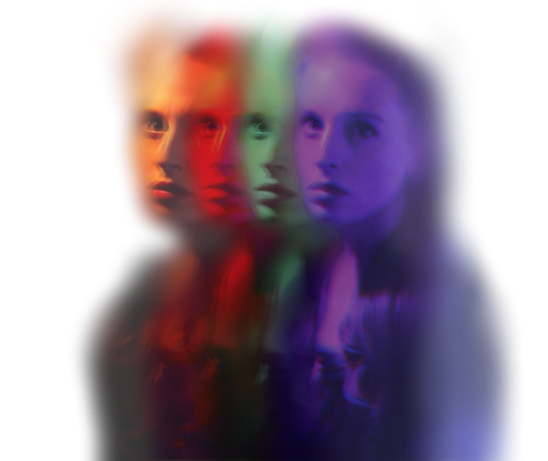 Antipodes Theatre Company is pleased to announce its inaugural season in Melbourne, including an Australian musical premiere, a free reading series, acting workshops, and programs for young artists.

From Artistic Director Brandon Pape: “I moved to Melbourne from New York City just over a year ago, and in that time have loved experiencing the variety and richness of the performing arts here in Australia. To be leading a new company through an artistically ambitious first season is such a gift, and I hope that we can contribute to the vibrant landscape of Australian theatre for years to come.”

The centerpiece of ATC’s 2019 season will be the new musical Ghost Quartet by Dave Malloy(Natasha, Pierre, and the Great Comet of 1812), directed by Pape. “When Ghost Quartet premiered in New York, it generated the kind of buzz that few original musicals experience,” says Pape. “I am thrilled to share this quirky and poignant piece with Melbourne audiences.” A spirited song cycle about love, death and whiskey, the production follows four musicians as they unravel narratives that span seven centuries. Featuring musical direction by company member David Butler (Green Room Award Nominee, Falsettos) and musical staging by Madison Lee (Sydney Theatre Award Nominee, The Wild Party), performances will run 14-23 August at Gasworks Arts Park in Albert Park. Tickets are on sale now.

As part of a collaboration with Alex Theatre in St. Kilda, ATC will produce a bimonthly Free Reading Series of plays that have yet to be seen on Australian stages. The first will be Robert Caisley’s The Open Hand, taking place Wednesday 1 May and featuring company members Melissa David and Don Winsor along with Rob Blowers, Courtney Glass, and John Voce. Some plays in the reading series will be chosen from submissions by local writers. “Developing new work is paramount to fulfilling ATC’s mission,” according to Pape. Writers are encouraged to send scripts to [email protected]

In July, ATC will host American-based teaching artist Susan M. Felder. Felder has been working as a professional director, actor, playwright and educator for over 25 years at world-renowned institutions such as Chicago Shakespeare Theater and Goodman Theatre. She will lead four intensive workshops focused on acting, movement, text work, and relationships on stage.

Finally, in an effort to support and nurture young artists, ATC plans to institute programming that allows students the opportunity to work alongside professional artists. Their Broadway Bound! Musical Theatre Camps for grades 3-8 will offer week-long sessions in acting, singing, and dancing, while the Antipodes Drama Club for grades 9-12 will allow participants to attend local productions and learn about all aspects of a career in the arts.

Antipodes Theatre Company seeks to provide a collaborative and inclusive environment for producing professional theatre in Melbourne. ATC strives for diversity in the workplace through a commitment to having at least 50% of all positions filled by women or people of color. Current company members include David Butler, Melissa David, Kristy Griffin, Chloe Towan, and Don Winsor.

A camera breaks and four friends drink whiskey as they share four interwoven narratives spanning seven centuries. Inspired by source material as diverse as Arabian Nights and the television series The Twilight Zone, this spirited song cycle delivers thrills unlike anything you’re likely to have seen before. Truly a musical to die for.

“Rapturous…this happily haunted song cycle uses languages as varied as gospel, folk ballads, honky-tonk anthems of heartbreak, electropop, doo-wop and jazz à la Thelonious Monk…Ghost Quartet slyly addresses the questions of why we want to believe in ghosts and feel the need to keep talking about them. And I promise you, you will believe by the evening’s end.”
–The New York Times

July 2019
Workshops For The Actor
Led by Susan M. Felder
Susan M. Felder teaches acting and movement at The College Conservatory of Music – Acting in Cincinnati and has taught theatre and workshops at universities across the United States. She also works as a language and dialect coach and was an invited guest speaker last summer at the Shaw Festival in Canada. She’ll offer workshops titled: The Actor & The Script, Movement & Mask, Partner Work, and Advanced Acting.

Broadway Bound! Musical Theatre Camps
For grades 3-8
Join us for a week of acting, singing, and dancing with our team of professional instructors. Play theatre games and learn big musical numbers that will be performed for family and friends on the final day.

Antipodes Drama Club
For grades 9-12
This is an ongoing seminar that will focus on a different theatre discipline each week, including scenic and costume design, technical theatre, playwriting, stage combat, theatre management and more. Participants will also attend local productions and discuss them as a group.