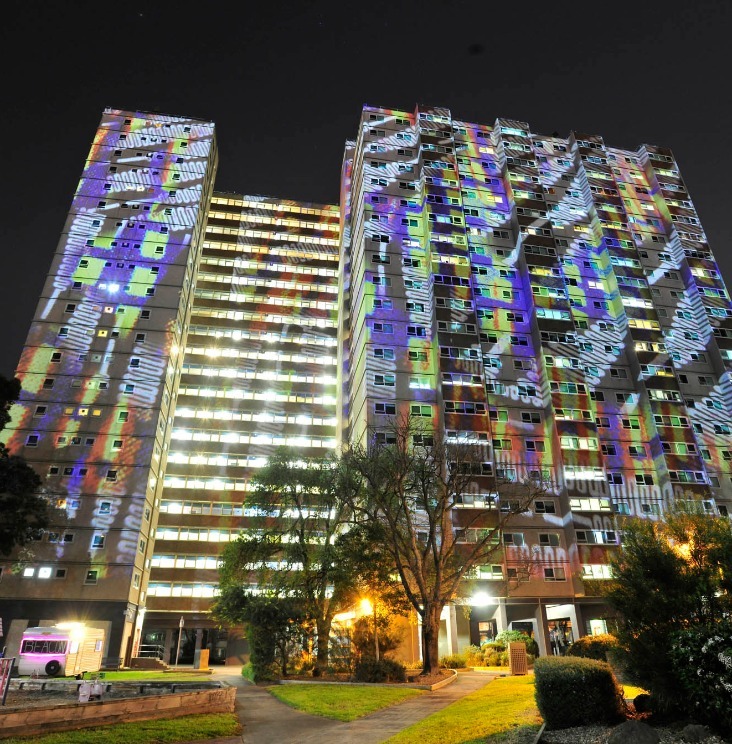 Melbourne Fringe is just warming up – there are still hundreds of shows to see before the festival wraps up on 30 September. This year Fringe artists have delivered in droves, with a vibrant program of boundary-pushing performances across comedy, cabaret, circus, live art and everything in between. Highlights in week two include:

This year The Centre for Projection Art will transform the Atherton Gardens Precinct into a world of colour and movement. Artwork include work from Katie Geck recognised for her ominous kaleidoscopic projections. Bring the whole family to this free event. September 21-22.

Queen of the Night

A collaborative project between Testing Grounds, Brunswick Mechanics Institute, Blak Dot Gallery and Siteworks, Critical Mass invites everyone to participate. Gathering at Siteworks (33 Saxon St, Brunswick), the rally will journey to the intersection of Glenlyon Road and Sydney Road where, on all four corners of the intersection, everyone will begin to wave – at each other, at passing traffic, and at passers-by. Sustained for a full 30 minutes, the simple gesture will push minds and bodies to the limit. September 22, 3pm, Siteworks.

From Edinburgh Fringe to Melbourne Fringe, Eggsistentialism is a globe hopping, award-winning, solo performance from the hilarious Joanne Ryan. This funny, moving, and tender show dives into the life of a modern woman in her final fertile years as she asks the question – should making a life for oneself involve making another? Joanne’s comical journey proves to be a provocative, yet necessary, discussion on parenthood. 22 – 29 September, Art House in North Melbourne.

Melbourne Fringe is a big, bold and playful celebration of independent art that takes over the city from 13 to 30 September 2018. See established and emerging artists stand side-by-side to make Fringe a fun, affordable way to experience art in Melbourne – are you game? Tickets on sale at www.melbournefringe.com.au