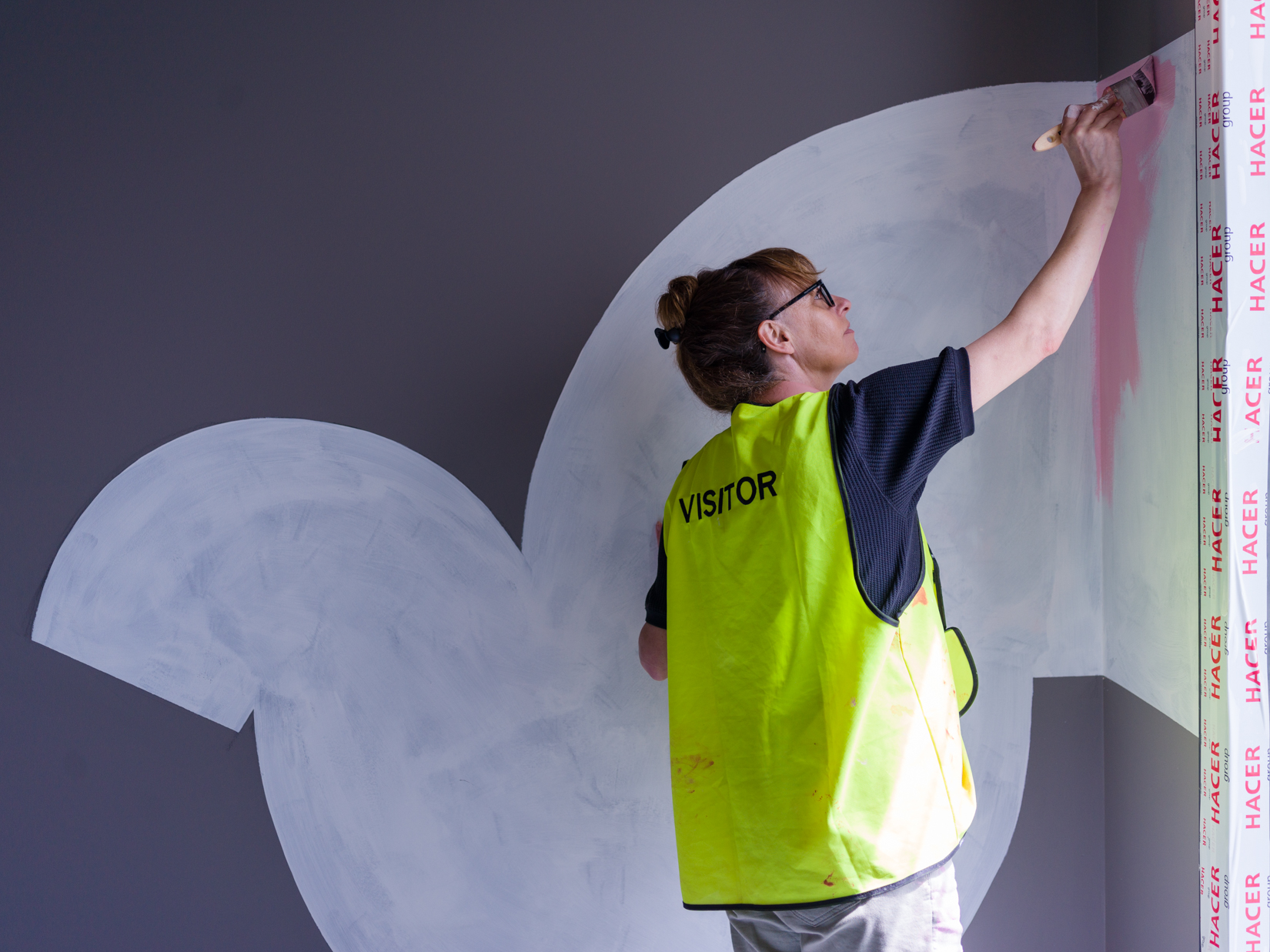 The talent of women across a variety of sectors will be celebrated for International Women’s Day at East Brunswick Village (EBV). The Display Suite will host a series of inspiring talks that offer a glimpse of women’s experiences across different industries. All talks are free to the public and include a light lunch for like-minded attendees.

Australian-born and internationally acclaimed street artist Vexta is opening the series alongside local fine painter Saffron Newey (pictured), set to explore the concept of identity in a male dominated street art scene. Both EBV commissioned artists will be conducting tours of their residential artworks onsite, with Vexta’s signature neon drenched paintings set be a tour highlight. Her work has been recognised by influential players in graffiti art such as Banksy, who famously invited her to show alongside him at the 2008 Cans Festival in London.

On Tuesday 3 March, hear stories of trailblazing women in their respective fields. Spotlighting women in business, director and principal lawyer of Pearsons Family Law, Leanne Abela will break down the barriers for women in law, having practiced family law for over three decades.

Contributing to the fabric of women in business is founder of Knight Mattingly Coffee Roasters (KMCR), Debra Knight. KMCR is a Melbourne-based coffee roaster that supports a wide range of businesses across the country as well as being one of Australia’s first true Italian coffee roasters.

In partnership with the City of Moreland, Kaitlin Reid of Reground will talk about sustainability in the coffee industry, and how the smart disposal of waste such as coffee, chaff and soft plastic creates positive change essential to combatting the war on landfill.

To kick-off an exciting new partnership between EBV and the National Homeless Collective (NHC), celebrations will culminate with a dynamic panel discussion on the final day, featuring a stellar line-up of speakers including Donna Stolzenberg, founder of NHC. The non-for-profit supports women through a number of initiatives, including op shop The Kala Space on Lygon St, that creates agency for homeless women in Melbourne through employment and ensuring all proceeds directly support women in crisis. A raffle will be held all week long to raise funds for homelessness, and the EBV Display Suite will double as a donation drop-off site for The Kala Space.

On Saturday 7 March, the Display Suite will also be a hub for volunteers as part of The Period Project – a NHC led drive for sanitary products for homeless women around Melbourne. In an evening not to miss, Stolzenberg will be joined by a roster of impressive women to discuss what it takes to create a gender equal world, including Kate Thwaites, Federal Member for Jagajaga, Saskia Hampele, actress and founder of Gift Box Organic, and Amy Rust who was nominated for the 2017 SA Young Australian of the Year.