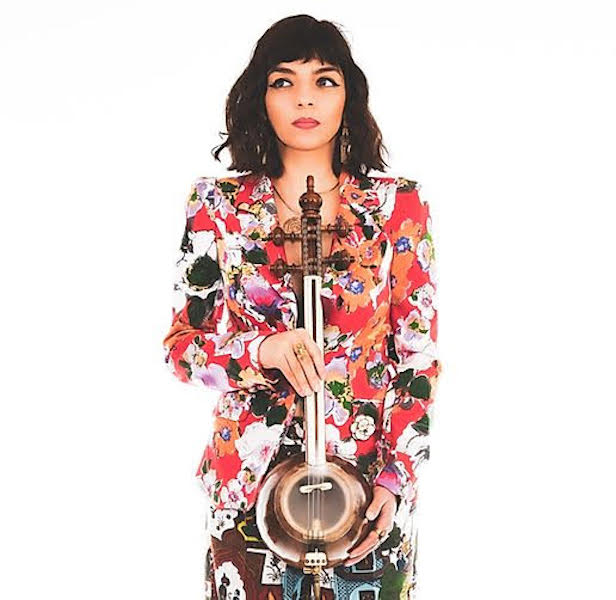 Gelareh Pour’s Garden will feature an ensemble of talented musicians performing unique Iranian- Australian music at the historic Kew Court House on Saturday 21 March. Gelareh and her band will perform a contemporary blend of both old and new music for a night of blissfully diverse sounds.

Playing alongside Brian O’Dwyer, Mike Gallichio and Kelly Dowall, Gelareh will perform music that draws on her personal experiences across two cultures; Iranian and Australian. Audiences will hear ancient Persian melodic lines with modern sensibility, exploring the duality of multiculturalism and the connection of sound, regardless of place. Gelareh will fuse elements of world music and indie post-rock, with dark ambient and romantic tones over two sets, playing the Persian kamancheh and supplying lead vocals sung in Farsi.

Iranian-born, Gelareh has performed throughout Europe and Iran and is now based in Melbourne, Australia. Since arriving in Australia she has collaborated with some of the country’s most innovative and experimental musicians. Gelareh released her debut album in 2013, comprising an eclectic mixture of tones that focus on new connections found in Australia. Her most recent album Garden Quartet Debut Album was released in 2019 and presents the collaborative sounds of her fellow band members.

This intimate concert will take place at the Kew Court House two weeks after Gelareh’s performance at the iconic WOMADelaide – a four-day festival of music, arts and dance.

Once a police station and court house, Kew Court House is a charming heritage building that has been redeveloped into a thriving contemporary cultural centre. The venue now provides a unique, intimate performance space with extraordinary ambience, where some of Australia’s most exciting artists perform.