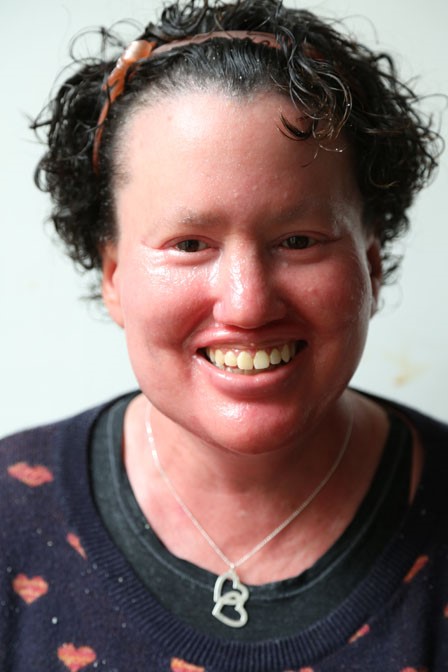 Disability activist, writer Carly Findlay joins the Melbourne Fringe team in the new position of Inclusion Coordinator.  Her remit is to reduce barriers to access for participation in the Festival for artists, venues and audiences with disability or who are Deaf. The role is proudly supported by the Lord Mayor’s Charitable Foundation and Gandel Philanthropy.

Carly was named as one of Australia’s most influential women in the Australian Financial Review and Westpac 100 Women of Influence Awards for 2014. Carly received the 2010 and 2013 Yooralla Media Awards for Best Online Commentary for her body of disability focused writing. She also won the best personal blog category for Kidspot Voices of 2013, and the 2013 BUPA Health Activist award for Positive Life Change. Carly’s been a finalist in the Best Australian Blogs competition in 2011, 2012 and 2014. She’s written for many publications including The Guardian, The Age and Sydney Morning Herald, Daily Life, The ABC, Mamamia, Frankie magazine and BlogHer.  Carly appeared on You Can’t Ask That and Cyber Hate with Tara Moss on ABC TV in 2017.

Carly has also performed in Melbourne Fringe, as part of Quippings and is currently writing her first book, a memoir, due to be published mid-2018.

“I’m so excited about joining the Melbourne Fringe team. I hope to ensure the Fringe Festival is inclusive and accessible for performers and audiences alike, and disability and Deaf arts is celebrated and recognised as being an important part of Melbourne’s culture.” Carly Findlay, Disability Activist and Inclusion Coordinator, Melbourne Fringe.

“I’m absolutely thrilled that Carly is joining Melbourne Fringe as our foundation Inclusion Coordinator,” says Melbourne Fringe Creative Director and CEO Simon Abrahams. “I know her work will have a lasting impact on the organisation and on the independent arts more broadly.”