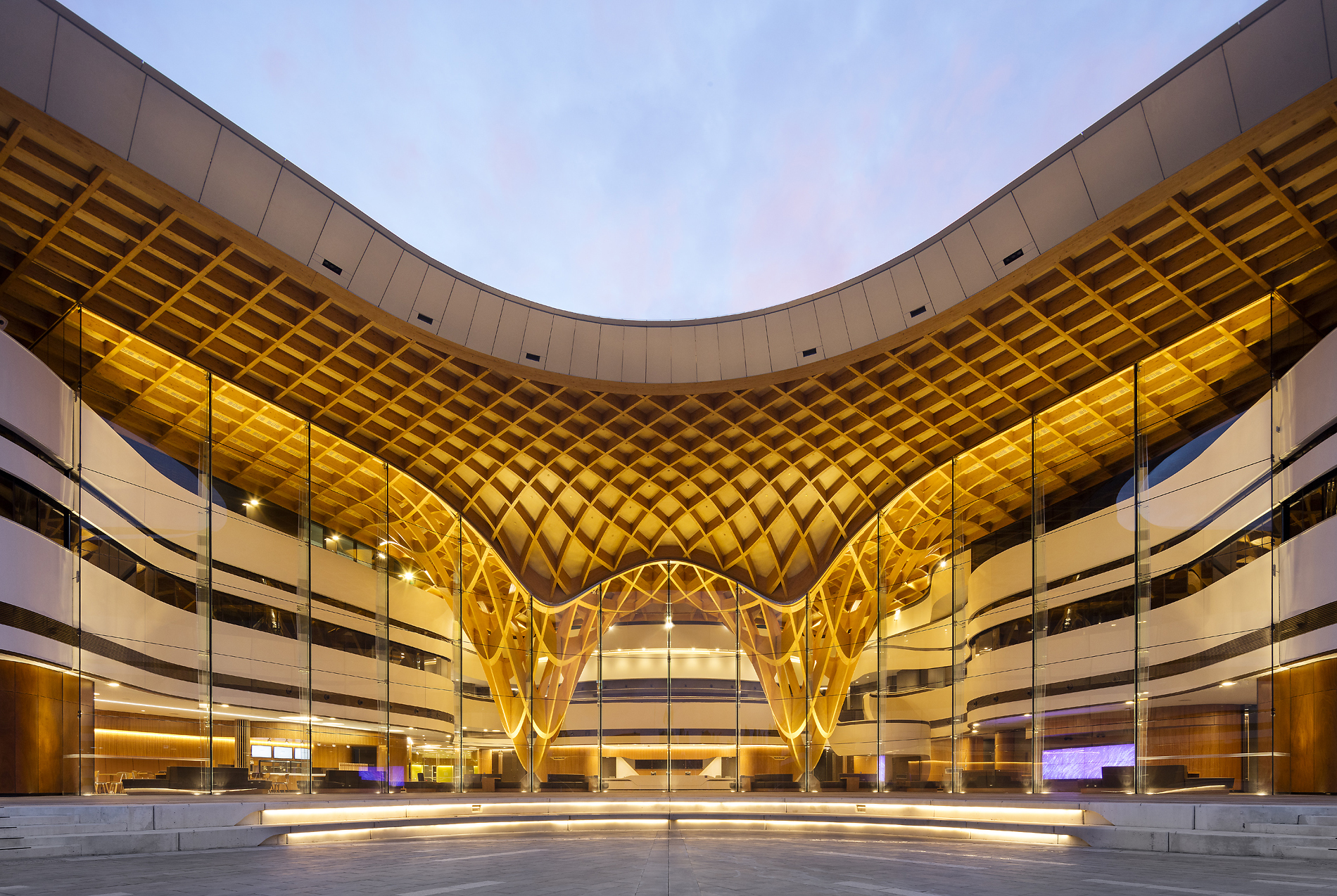 Designed by multi-award winning architectural studio Francis-Jones Morehen Thorp (fjmt), Bunjil Place is the City of Casey’s new $125 million arts, cultural and entertainment precinct for Melbourne’s south east. The overarching vision for the precinct is “to create an inviting central heart for the community that celebrates participation, belonging and pride”.

“This is a wonderful international architectural

accolade and we congratulate the City of Casey for their aspirational brief and close collaboration on the project. Bunjil Place was designed to be an inspiring and welcoming place to the whole community that deepens our connection to place and each other. So while recognition in the form of international design awards is much valued, more important has been to see the community embrace Bunjil Place as their own,” says Richard

“Sources of inspiration for the design include “The Meeting of Many Paths” and Bunjil the Eaglehawk, both central themes to the culture of the Boon Wurrung people of the Kulin Nation, the traditional owners and inhabitants of the land,” continues Richard.

City of Casey Mayor Cr Geoff Ablett said Council was honoured that Bunjil Place had received such recognition, saying “the remarkable, iconic design of Bunjil Place has helped Council create a welcoming and enlivening destination for local residents and visitors to come together, make community connections and enjoy many exciting entertainment, arts and culture experiences.”

For those interested in a closer look at Bunjil Place, the entire precinct will come to life for Open House Melbourne Weekend on Saturday 28 and Sunday 29 June. Activities include a children’s trail, films in the plaza and design talks. VIP access to back-of-house areas will be available to the public who book in a guided tour. First release tickets for these tours will be available on the Open House website from Friday 13 July.