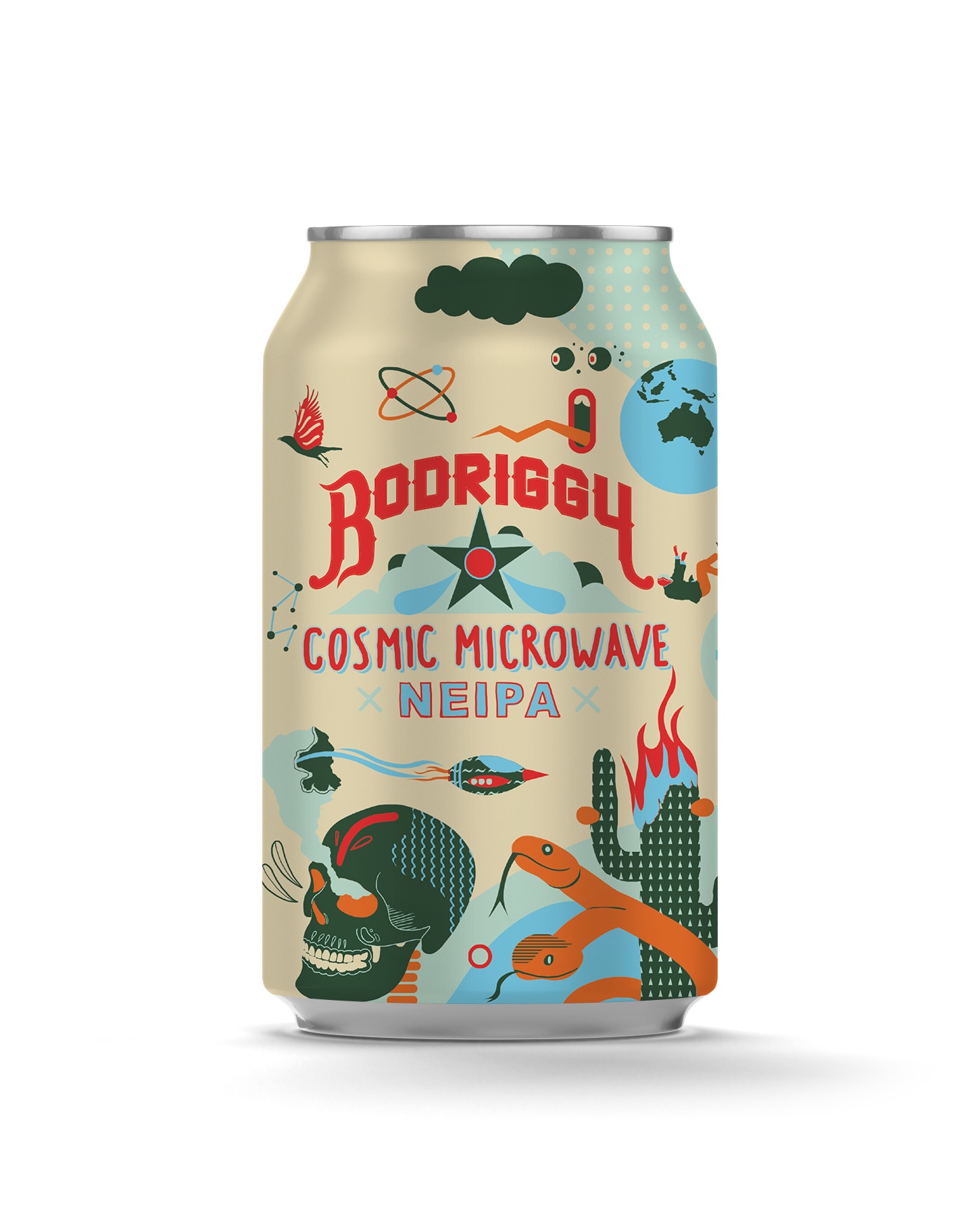 Scheduled to open in August, Bodriggy Brewing Co. is the brainchild of Dr Morse owners Jon Costelloe, Anthony Daniel and Pete Walsh. The striking new venue will feature a huge bar with 64 taps pouring craft beers, wine and cocktails, and a dining area serving up delicious Latin American fare by chef John Dominguez (formerly of Vue De Monde and Dinner by Heston) with tequila and mezcal to complement. Visitors can also expect an on-site bottle-shop and brewery, live music and DJs, offering so much more than a typical brewery.

After brewing their signature Bodriggy craft beer for the past two years, the team is massively stepping up its offering with this significant renovation and exciting new addition to Abbotsford. Bodriggy beer fans will be able to enjoy much more than the signature Highbinder pale ale and Space Milk which is currently only available at selected pubs and bottle shops. Head brewer Tristan Barlow will unveil seven more blends for the new venue, including the Cosmic Microwave Neipa (pictured). Tristan will be joined behind the bar by the likes of Mikey Braun (ex-Black Pearl) and Max Hart (ex-Boilermaker House).

Expect a family-friendly vibe during the day and a livelier atmosphere in the evenings. The casual Latin American fare is a match made in heaven with the craft beer on offer. Chef John Dominguez will be serving up the likes of pulled pork tacos marinated in achiote, orange and chilli paste with pickled onions; whole grilled cauliflower with chimichurri, and fried stuffed jalapeño chilli tacos with smoked fish, pickled onions, cabbage and mayo salad.

The renovations see a former LP Conversions warehouse transform into the new beating heart of Abbotsford. Head builder and designer, Anthony Daniels (The Aviary, Dr Morse and Plug Nickel) sought to bring in as much light and fresh air as possible to the space. Using natural and organic materials to emphasise what was already there, additional details were layered gradually. Old MCG balustrades frame the newly built basement toilets; dining lamps were salvaged from The Palais; the centrepiece planter box evokes the Victoria Park train bridge.

‘It’s a bit of quilt work here, a lot of it has evolved, one thing leads you in the next direction. Often there’s not a lot ofemphasis on the venue, just the brewery, so I wanted to bring uniqueness and originality. There’s nothing really likethis around,’ said Anthony.

Decidedly rooted in Collingwood and Abbotsford, the venue accentuates the retro and vintage aspects of the brand, leaving the bright and surrealist components to the artwork found on Bodriggy’s beer cans by Creative Director, Mathis Burmeister.

The ‘Bodriggy Man’ and chaotic landscapes printed on the cans often reference local areas and the lifestyle that goeswith it. This complements an important overarching ethos. ‘We’re a locally focused business; all the beer we make iswith the Abbotsford community in mind’, explains Pete Walsh.

The hospitality heavyweights behind Bodriggy Brewing Co. promise a new home away from home with the exciting new venue where visitors can enjoy quality craft beer, a delicious food offering, live entertainment and take home tinnies.